The James River is Virginia’s largest river, flowing across the entire state. It begins in the mountains at the confluence of the Cowpasture and Jackson Rivers in Botetourt County and ends at the Chesapeake Bay in Hampton Roads. The James is Virginia’s largest tributary to the Chesapeake Bay. It is 340 miles long and is fed by 15,000 miles of tributaries, which makes it one of the longest rivers in America that begins and ends in the same state.

The James River watershed encompasses approximately 10,000 square miles, which makes up almost 25% of the state. It is home to one-third of all Virginians who live in its 39 counties and 19 cities and towns, and touches the lives of more Virginians than any other feature in the landscape. Residents of the watershed rely on the James for drinking water, commerce and recreation.

The watershed is comprised of three sections. The Upper James Watershed begins in Alleghany County and travels through the Allegheny and Blue Ridge Mountains until Lynchburg. The Middle James runs from Lynchburg to the Fall Line in Richmond, while the Lower James stretches from the fall line in Richmond to the Chesapeake Bay. 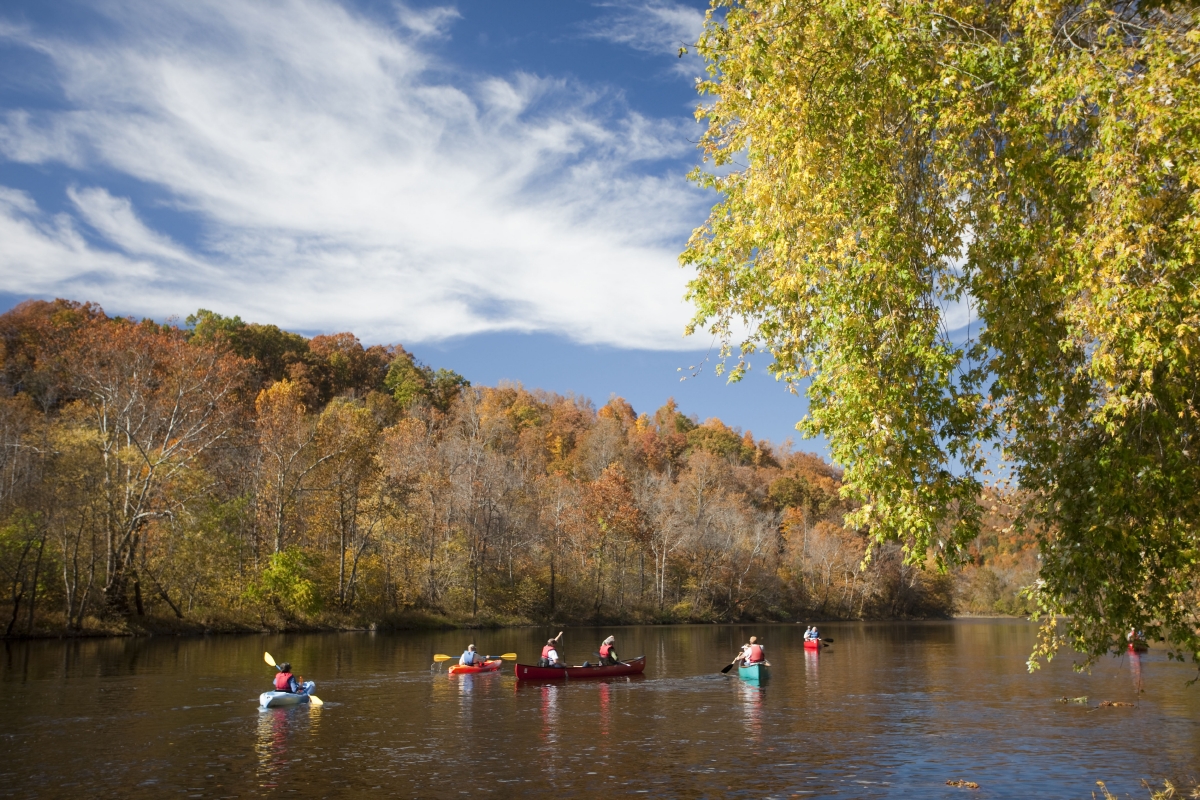